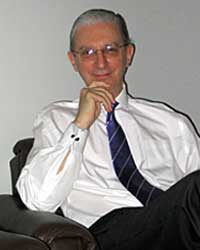 Does Psychoanalysis Have a Future
…Or, Is It All in the Past?

From Stuart Schneiderman: “I want to address the question posed by my book, The Last Psychoanalyst, that when Lacan declared that psychoanalytic practice was a ‘swindle’ or scam (escroquerie) he was trying to save it. By trying to make it into an international cult he was trying to keep it alive as one front in the culture war against Anglo-American cultural hegemony. He believed that psychoanalysts do better not to try to defend their practice by claiming to produce positive clinical outcomes. He had already said that good results are an accident of psychoanalysis. He wanted to retain it as a type of initiation ritual into the kinds of mental habits that would be required of those who could fight the good culture war. Finally, since many psychoanalysts seem curious about my own transformation from psychoanalyst to life coach matters—I like to think of it as ‘seeing the light’—I will say something about this during my talk.”