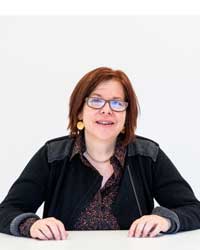 Professor Elissa Marder (Emory University) – Dream and the Guillotine: Femininity, Photography and Other Scenes of Fixation
What is the relation between the singular unreality of the world of a dream and the guillotine, that exemplary enlightenment machine that transformed the legal administration of capital punishment into a public spectacle of the moment of death? I read these two seemingly opposed and unconnected figures through each other in order to explore how Freud’s descriptions of the formal qualities of the dream-work enter into—and complicate—our understanding of how events and actions become visible and readable in the so-called real world. The dream and the guillotine communicate with one another because they both stage scenes of a very particular kind.

The question of female sexuality both defines and undermines the category of the human for Freud. Female sexuality both establishes the universal foundations of the metapsychology and is excluded from it. In his short and provocative case history, “A Case of Paranoia Running Counter to the Disease” (the first devoted to a female patient after Dora), Freud introduces the notion of “primal fantasies” and links that notion to the (imagined) images of being photographed that haunt and obsess his female patient. Freud not only associates photography with unconscious images about female sexuality produced by a female patient, but he also takes on the role of unconscious photographer by casting the woman in the place of a camera in his narrative account. By looking at the way femininity and fixation come together in this powerful text, I discuss why Freud attributes quasi-photographic powers to female sexuality as a means of trying to produce a figure for unseen and un-seeable images that come from a primal and unrecoverable past.