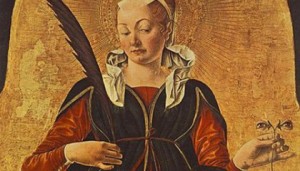 PATRICIA GHEROVICI: I was first a writer before I became an analyst. I was working as a journalist while I was a student and I did a lot of journalistic writing. There was a continuation of that early career in my practice of analysis. Indeed, the process of analysis could be seen as a process of writing, with the difference that the writing is made by the analysand. A successful analysis works like writing. In some cases, certain novelists use writing as an analysis. When an analysis functions successfully, something similar to what is at stake in writing has to have been produced, and in that sense they are perhaps an extension of each other. There is something that has to do with writing, inscription, and editing that takes place in analysis. They are parallel processes.

CASSANDRA SELTMAN: That makes me think about authorship. In analysis, is it co-authored? Does the analysand author it?

PG: That’s an interesting idea, to think that maybe analysands come to analysis feeling like there is a text of which they are not authors. A narrative has been written and left certain traces in the body; these traces turn into symptoms; hopefully, through the process of analysis, that text will be rewritten, thus maybe authored, but also possibly forgotten. Sometimes I write to forget; I forget what I have written. It is a pleasant experience when you go back to something you’ve written and it’s as if someone else wrote it, and you are happy at times — or maybe not. An analysis reinstates the position of the author with the freedom that an author has. You might want to delete a paragraph or reduce a text to one page. At times, analysands come to see us when the effects of their texts are too great. The process of writing is always a process of rewriting, and analysands can relate to the text differently.

CS: They’re more within the text when they first come to analysis?

PG: Exactly. And sometimes they don’t know who wrote the text. An event that was traumatic may come out from the past and become more of a fictional character. You are given the opportunity of rewriting. In a process of inscription, things are at times written without your knowing. Such and such a text has been written on you, on your body, and often, if you can read it you can rewrite it. The analysand becomes an author, and also authorizes herself or himself.