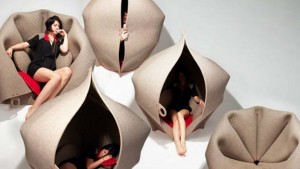 “The history of hysteria spans nearly four thousand years: four thousand years of the wilderness of women’s bodies and of manifest destiny, or the attempts of men to push ever further the boundaries of the frontier, four thousand years of shame, of defiance, four thousand years of theater, of desire’s sting and the “infection of the Idea” (Badiou, 2013). Hysteria, from the Greek hystérā, womb, hysterikós, of the womb. The womb that wanders. As the father of Western thought, Plato, described, “The uterus was rebellious and masterful, like an animal disobedient to reason, and maddened with the sting of lust” (Plato, 1963/1973, p. 1210). Desiring, violent, creaturely stuff. Throughout these four thousand years, the myriad ways hysteria has been conceptualized, and all of its rapidly fluctuating symptomatic couture, it has never ceased to be associated with the porousness of the female body and masculine fascination and terror in the face of feminine desire.

Cultural history might be defined as the interdependence of master and hysteric: priest and witch, doctor and patient, artist and muse, husband and wife. The hysteric, with her incessant questioning – the question of the woman – seeks out a master, but as Lacan (1969-70) stipulated, “a master she can reign over.” It is through desire, and as the object of desire, that the hysteric puts the master to work in the production of knowledge, a production that is endless as it turns out, for none of that which the master produces will satisfy her (or keep her at bay). There will be no caviar for the butcher’s beautiful wife (Freud, 1900). The master will be castrated, that desire and the production of knowledge – the unceasing, idiotic march of cultural progress – might continue without end.”