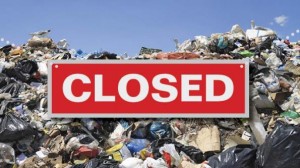 “The word “hoard” derives from the proto-Germanic term for “hidden or secret treasure.” Hoards are well known to archeologists, dating back over 10,000 years to the hunter-gatherers of the Stone Age. Foodstuffs such as joints of meat were common early deposits, ditto ornaments, weapons, and human remains— all buried for safekeeping and intended for retrieval. The hoards of the later Bronze and Iron Ages got more elaborate: sumptuous weapons (lots of axes), tools, jewelry, coins. Votive hoards, or ritual offerings, though, were interred permanently. Often in watery areas, and after being rendered useless, I noticed: many broken swords flung into rivers. I couldn’t help think of myself destroying my old bowl before sending it down the garbage chute. But here was the thing: those caches of bangles and weaponry and joints of meat— and later the hoardings of jewels and gold— they all involved objects that were valuable, for prestige or for use, according to the norms of the time. (No trans-historical plastic bags or travel knickknacks.) And such hoarding of valuables eventually came to be looked down on by society. Ancient Greeks philosophized against personal greed. Socrates chided his fellow Athenians for caring more for wealth and personal possessions than for the welfare of their souls. (Though, a man after my own heart, he didn’t refuse fine wine and food if they were offered.) In the New Testament, Jesus launched one of the most familiar tropes of Western civilization, decrying “covetousness” and “the abundance of things” as the aim of life (Luke). The audience on the Mount were beseeched to not “lay up for yourselves treasures upon earth,” but instead “lay up treasures in heaven” (Matthew).

And then it suddenly dawned on me: those famous tormented souls in Dante’s fourth circle? They weren’t the grand avatars of pathological hoarding at all. No! Because their torments in the Inferno took place (hurriedly I double-checked the canto) under the guard-dog scowl of Plutus— the god of wealth. The poet crowded this sub-basement of hell with clerics, why? Because the Catholic Church of his day was aswarm with greed and corruption. Indeed, money loomed large in Dante’s late-medieval Florence— home of the golden florin. Banking families dominated local life. Whom did the hook-nosed poet’s beloved Beatrice, his guide to Paradise, marry in real life? A banker, one of the Bardi family. Not surprising, since Beatrice was the daughter of a banker herself.

All of this was a far cry from that woebegone mother at Clutterers Anonymous with old pizza takeout boxes piled up in her condo. A far cry from me, here in my “work chair”— my un-let-go-able art deco relic of once-polished wood, its once-crimson vinyl seat now blotched and flaking with an ever-expanding gash down the middle. A beloved living ruin of a chair I’d hung on to for well over a decade, having snitched it from a sculptor’s tiny ninth-floor loft apartment I’d been subletting by the darkened canyons of Wall Street. Or a farther cry from my “waste basket”— a torn-lipped, badly rumpled, black-and-gold paper shopping bag from the Mandarin Oriental Hotel in San Francisco, souvenir of my furtive first rendezvous in that city with Cosima.” – Barry Yourgrau, Mess: One Man’s Struggle to Clean Up His House and His Act

Click here to link to Barry Yourgrau’s personal website to purchase “Mess: One Man’s Struggle to Clean up His House and His Act” published by W.W. Norton in 2015 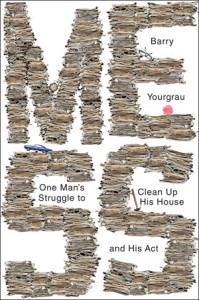