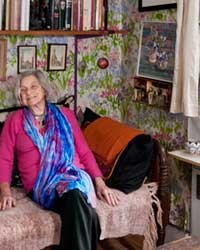 Anni Bergman was born in Vienna and immigrated to the United States in 1939. She graduated with a degree in music from the University of California and eventually settled in New York City with her husband, writer and publisher Peter Bergman, with whom she had two sons. While in California she met the psychoanalyst Christine Olden, who became a close friend and important influence. In 1959 Dr. Bergman began to work with Margaret Mahler on the observational study of the separation-individuation process. She is co-author with Margaret Mahler and Fred Pine of The Psychological Birth of the Human Infant. Following her work with Dr. Mahler, Dr. Bergman continued to practice and teach dyadic work with autistic children and their primary caretakers.Some of this work has been published in her colle...Read More