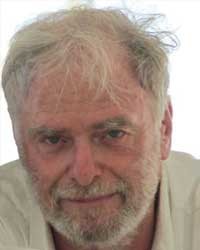 Gerard Pommier: WHAT DID FEMINISM AND GENDER STUDIES BRING TO PSYCHOANALYSIS?

Gerard Pommier: What Did Feminism and Gender Studies Bring to Psychoanalysis?

In his presentation to Das Unbehagen, Gerard Pommier addressed the challenge of defining the term ‘Woman’: “The uncertainty is such that this difficulty of definition could be used itself as a definition and normative ideal! Judith Butler writes, for instance, that “if a subject unique to feminism remains to be constructed, it would be even more realistic to abandon such a project,” since, she explains, “the category ‘women’ can only reach some stability and coherence within the heterosexual matrix…” Nothing shows this difficulty better than the fragmentation of the feminist movement, or the opposition to feminism by a large number of women. Some theoreticians maintain that gender is a relationship, and not an individual attribute. Others, like Simone de Beauvoir, attest ...Read More