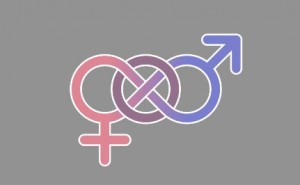 In his presentation to Das Unbehagen, Gerard Pommier addressed the challenge of defining the term ‘Woman’: “The uncertainty is such that this difficulty of definition could be used itself as a definition and normative ideal! Judith Butler writes, for instance, that “if a subject unique to feminism remains to be constructed, it would be even more realistic to abandon such a project,” since, she explains, “the category ‘women’ can only reach some stability and coherence within the heterosexual matrix…”

Nothing shows this difficulty better than the fragmentation of the feminist movement, or the opposition to feminism by a large number of women. Some theoreticians maintain that gender is a relationship, and not an individual attribute. Others, like Simone de Beauvoir, attest that the only gender to be labeled is femininity whereas the universal being is masculine. Luce Irigaray takes on a different position by declaring that women are this sex that isn’t one: women would be unrepresentable, unthinkable—woman as Other, following a position that lyricizes and suits patriarchal rejection.  For Irigaray, “the subject is always already masculine.” For Monique Wittig, it is the opposite: gender is always already feminine, and there is only one. The masculine is not sexuated, and women are gender. According to Monique Wittig, there is no such thing as two genders. There is only one: it is femininity; masculinity is the general, the universal point of view. But aren’t these two positions equally true since every subject is primarily masculine (phallic) before becoming more or less feminine? In fact, we will agree each time with these different feminist positions, however contradictory. Because each one of them only emphasizes one of the phases of “becoming a woman” according to Freud.

This impossible definition meets the impossibility of defining “the woman” from a Freudian perspective, since this becoming comprises as well a masculinity complex, a bisexuality, and an inaccessible femininity, which allows for a masquerade of identity. For Butler, this masquerade is purely cultural, and this completely corresponds with the Freudian point of view: the masquerade is cultural indeed and not only in Joan Rivière’s article. Butler even entertained the idea that the happenings of drag queens had a subversive role…”