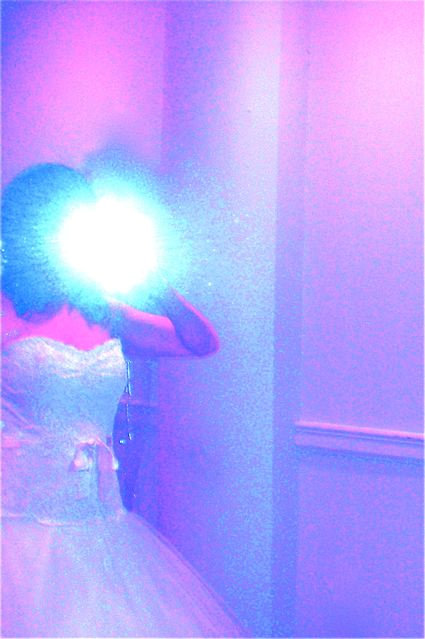 “The denouement of a ten-year psychoanalytic treatment brings to mind the story of Jane Eyre.  I was seven years deep into my analysis when I began to have the feeling that, like Jane’s blinded Mr. Rochester, my analyst had lost sight of me.

From the precise moment I met Jane, and I can still see her seated in a dark room surrounded by a family not her own, she became a dear companion.  Reading this novel in childhood, I was unable to set it down.  As I walked to school, took a bath, ate dinner, I read.  So intent was I on absorbing Bronte’s words, I parted with them only to sleep.  Such was their elixir-like power over a seven year old me.

Jane, “a motherless woman,” eventually makes her way as a governess. Late in the novel, and after much hesitation, she accepts the hand of her employer, Mr. Rochester, and in so doing delivers perhaps the most powerfully glib line in English literature: “Reader, I married him.”

An invisible woman for the bulk of her life, she agrees to nuptials only when her betrothed has been blinded in a terrible fire, in other words, when he can no longer see her.  The frenzy of the visible was simply too much for Jane.

I understood Jane’s inner dilemmas well.  While not an orphan, at age three I was knocking on neighbor’s doors singing Barbra Streisand’s “People”.  Jane learned to take a quiet pride in her abstemious response to being passed over and neglected.  Not me.”

Faced with the fog of a protracted series of missed encounters stretching from her father to her most recent analyst, Tracy never ceased to inscribe her fugitivity. Spurred by misunderstanding, she ‘came and went, came and went,’ reading to write, writing to read.

Let’s begin with the desire to read. With the lure of the wunderkammer, the first hermitage of a virgin story, rescued from a promiscuity that systematically forgets you, holding tragic literary heroes hostage to affirm the preciousness of our suffering selves. It is a pen that holds, becoming a pen you hold, before the drafting board. The wunderkammer is chamber of wonders or cabinet of curiosities. It’s the size of a room, an inhabitable proto museum. Lacan’s analysis of Freud’s inhibition, symptom, anxiety in his anxiety seminar is that the symptom functions like a museum. Like a time capsule that is as anachronistic as it is timeless. And yet doubling as a room it presumably has a door, thereby sacrificing hermeticism for the possibility of a time warping contingent encounter.

If reading is the temporary providence of a wunderkammer, writing is the momentum of reckless abandon, a leavetaking from the caretaking of prophylactic social compromise, leaving the romance of the default nativity scene, preferring a seismograph of false starts. Writing inscribes the stuttering gait of Tracy’s ‘here I go, here I go,’ as she forgoes the furthering of analysis, marking the taking of her leave, beyond the utility of just doing it because she must, against the wholesale morbidity of getting it done once and for all. It is indifferent to the politics of publishing and to the lure of win win economies of praise, as Evan suggests. This is an indifference that is not a disinterest, that trades the minor differences of mitigating envy for the major blunder of entertaining envy to get to know it, piece by piece in its severed vainglory. This is a graciousness that Tracy intuitively embraces.

Indifference honors the real body of writing as an enjoying substance that categorically fails to guarantee customer satisfaction. It’s no one’s needlepoint, it’s everyone’s intravenous. This might be what Paul Verhaeghe, who will be visiting us in May, calls invasion. Following Lacan’s riddles of the letter, if writing as symbolic inscription ‘never stops writing itself,’ perhaps writing as real invasion ‘never stops not writing itself.’ It’s a radically contingent unabashedly envious vagina dentata with no tolerance for the faux sadism that criminalizes envy as premeditated aggression, homeostatically preferring not to confront it baldly as an acephalic vicissitude of the drives. It has no stock in the prosthetic gods of proper penmanship. It knows what it’s doing, it’s no damsel in distress. If that’s not feminist, I don’t know what is.

Psychoanalysis tends to align reading with symptoms and writing with treatment. The rewriting of the pathological narrative is cast as the cure. If writing is the progress of the analysis, beyond the legibility of the symptom, would the transference then be a mise en abyme of first drafts? Is there also a way in which rewriting, beyond the draft, might kill the effigy of the transference, to the extent that the transference might have failed to kill its supposedly original perpetrators? Might this rewriting, which I often experience as a stabbing of the canvas, also produce the unfortunate side effect of killing itself? What is the life of the transference, if it is not suicide by rewriting? From the incubation of pathos, to the cut of the draft, to the butcher shop of the editing room, what will the tragicomic destiny of the transference come to be?

If we allow ourselves an etymological excursion, we find that neglect is from nec legere, the negation of the act of reading:

Neglect is an illiteracy or illegibility that might lead one to compensate by retreating to an island to indulge privately in literary micro worlds, or to sing to break open the tough opaque exterior with the penetrating power of a voice. The transference, as an instantiation of the fractal of an impossibly deep history, might be a first attempt to organize homogeneous obscurity into a heterogeneous picture with a figure and a ground, a dad and a childhood, an analyst and an analysis.

Tracy gave me a choice of mirrors or cemeteries for the Das Unbehagen web posting of her DIVISION/Review piece. While a cemetery might provide temporary amnesty for vampires of the imagination to dream themselves into existence, like a reading, a mirror might serve as a vehicle for turning something inside in outside out, like a writing. In light of a sense of urgency to write against the facile outing of the other, to write to out the outing, I chose mirrors.