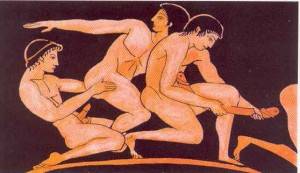 “Many deny, of course, that perversions exist, even if the dominant psychiatry has re-baptized them as “paraphilias.” A name change attributable to political correctness, considering that the term “pervert” is today an insult. In Greek, paraphilia means “wrong love”. After all, it’s better to insult a pervert in Ancient Greek than in Modern English.

Some note that we call perverse those sexual acts we don’t consider “normal.” But the criteria for sexual normality has varied from one era to another, and today even more quickly. And then, the picture is complicated by the fact that many perversions—such as masochism, urophilia or fetishism—have no criminal implications, while others lead to very serious incriminations. So we cannot reduce perversions to simply illegal sexual activities. In any case, critics apply to paraphilias the same arguments made by Thomas Szasz against the existence of mental illness in general, that is, that perversions are erotic variants that our society considers sick, although it is not always clear why. For example, why is klismaphilia, an enjoyment and arousal from enemas, perverse?

In fact, when positivist sexology created the concept of perversion in the late 19th century, the main perversion was homosexuality, and male homosexuality in particular. Moreover, physicians at the time believed that masturbation was very harmful and had to be repressed at all costs, even using sadistic measures. Pedophilia, on the other hand, was not particularly taken into consideration at the time. In fact, when I was a boy in Naples in the 1960s I was sent for two years to a Catholic school run by the Barnabite Fathers. Everyone, even my parents, knew that some monks were either pedophiles or frotteurs; but it didn’t shock anyone, it was considered a “test” that boys needed to overcome.

Our views on all of this have changed.Yet, psychoanalysts usually believe that perversions do exist. Analysts are not nominalists. I shall explain in what sense I, too, believe that they exist.” – Sergio Benvenuto, “Do Perversions Exist?”

Click here to purchase Sergio Benvenuto’s book “What Are Perversions?” published by Karnac in 2016 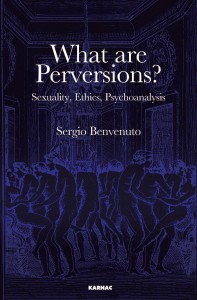