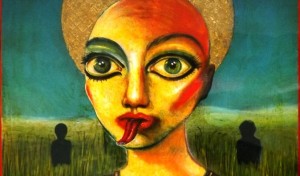 “We crossed over, in the sense that representatives from different environments shared time-space and actually communicated with each other. And we crossed over in the sense that we genuinely listened to each other with apprehensive ears and minds. We crossed over in the sense that we realised that it’s not just enough to stuff intellectual memes into our already overheated systems. We realised that each and every expression is a vessel, angle and a channel. The main question was if what’s being communicated isn’t actually one and the same thing? Different strokes for different folks, yes, but it’s mainly a terminological challenge, not a signal one. If you don’t allow yourself to be seriously challenged, you’re probably religious. Which just isn’t enough in this day and age.” – Carl Abrahamson