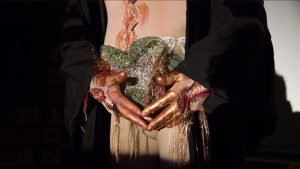 This expanded cinema piece explores the materiality of light in the shadow of Schreber’s Memoirs. Additionally, the character of Judge Schreber is represented in costume, encouraging spectators to play with the film itself, refracting and reflecting the projector’s rays of light.

Costume by Bekah Carey, a costume designer/wig maker for Eastman School of Music and Geva Theater in Rochester, working in New York City.

Photos by Kyle Corea, a filmmaker who works with video, 16mm, and Super 8mm in New York City. 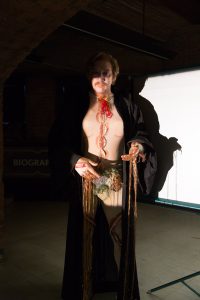 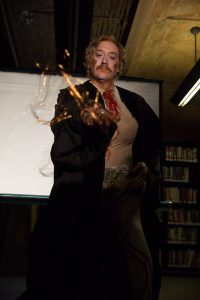