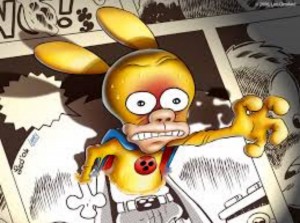 If we want to speak of female obsessional neurosis we first have to know what obsessional neurosis is as such. This is not an easy question, because even the most characteristic symptom, such as the ritual or OCD, as it is called nowadays, belongs to the most different personalities. Indeed, what does someone who cries all day in thought of her dead father have in common with a person who cannot leave the house without verifying twenty seven times whether the gas and the taps are turned off?

In the first place – and there we can go back even further in time, to before his/her conception – the parletre is spoken of. Mother and Father have each on their own and together imagined and dreamed about the child, asked each other about the name they would give the child, depending on its sex, they would have imagined him or her in different situations, all more or less agreeable. In short, before birth, and before even conception, the child is immersed in a bath of language, carries a multitude of representations. From this he/she will inherit the traits that will permit him/her to be identified and to take his place in human relationships. He/she will arrange these traits so that they constitute a unified, viable representation of him/herself. In other words, the child will make himself unique and therefore recognizable from an external point of view, from the point of view of others. If the subject can organize this point of view, it is because it is the point of view of the Other. And this Other is, first of all, the place of the signifier, i.e. the place of the symbolic. The subject sees himself [from the point of view of the Other] in a way that is more or less out of focus, but he is sure that that image represents nothing and nobody other than him/herself, the ego, the center of his/her narcissism. In fact, what the subject fails to recognize from the point of view of the ego is that what is so assured and fixed is, really, the place of the Other. That place is there thanks to the Name of the Father, the signifier which responds from lack and stabilizes that lack in a fixed signification, the phallic.

But if the Name-of-the-Father is foreclosed, as is the case in psychosis, the lack in the Other, if it is encountered, does not set up any reference; instead, the Other in its entirety is pulverized. This is then the moment when things come undone, a consequence of the dissociation of the Imaginary, a subjective catastrophe that is accompanied by a feeling that the world is ending. The delusional state [le delire], or, more generally, any substitution for this lack that, encountered accidentally, does not answer [the psychotic subject’s interest], aims to give a new stability to the world of representation, to the Other. It aims to “heal”, first of all, the Other, and there is [ils ont] effectively, [but] secondarily, a healing effect for the subject.

In addition to this bath of language which goes back to time immemorial, and which is the starting point for Lacan’s teaching with the accent placed on language, the end of his teaching allows us to add other, entirely necessary, considerations. Here, speech has a whole other dimension. It is no longer only a question of the speech as given, with its problematic of recognition and of the truth which is in play, that is, the meaning that the speech carries. Now, speech is distinguished in its very materiality. Here, the bath of language is traced back to the words as received, themselves. They are not received by the subject, but by the body. In other words, before being articulated by the subject in the [signifying] chain, and so taking on meaning, “lalangue” impacts the body. The sweet words pronounced by the others who take care of the child, their verbal games and ditties, more than a bath, are a signifying shower that marks the child’s body, the way rain furrows through loose earth. This is the jouissance of lalangue, which seizes the body and possesses it, which the subject encounters and from which he suffers. This is the passion of the signifier, with all its resonances, even religious ones. These effects of jouissance can go from voluptuous to intolerable. In order to get a sense of these effects, we can think of the gamut of effects that tickling can have, depending on where one is tickled, how intensely and for how long. These effects of lalangue are the marks, the ineffaceable traces that leave the same effect at each encounter of a signifier of that lalangue and that body. That is the real unconscious, or better, the real of the unconscious, which can be contrasted with unconscious thoughts, which are already a “lucubration of knowledge”, as Lacan said, on the disparate effects [of lalangue and unconscious thought]. Indeed, these traces do not make a unity, and thus they are not a unified representation for the subject. For there to be a unified representation, there must be a particular operation, which enchains these traces in a set meaning, and so the subject must be able to separate himself from them so that he can inscribe himself as represented. The operation of metaphor is necessary, here. From the real of the effect of jouissance, metaphor makes representation. Metaphor is materialized in and by nomination. It permits the subject to be recognized in a signifier that doesn’t mean anything, but which is the anchoring element of all the possible meaning that language can give to the effects of lalangue. These effects of lalangue animate the subject without him being aware of it, as well as his encounters, along with other effects of lalangue that resonate with him, which all appear the same: they feel like a unity [faire un]. This is the enigma of the amorous encounter, which happens, certainly, under the image of a signifying web, which happens also on the basis of shared values [valeurs a preserver ensemble]. But, at its base, it is above all enigmatic, for the chance encounter of the effects of lalague by definition escape meaning and are incomprehensible. And more dramatic still, however real these encounters are, they cannot guarantee any solidarity to the romantic partners.

Getting back to those 2 effects from before the mirror stage, the bath of language, with its signifying preferences guaranteed by the name of the Other, and the signifying furrowing of the body, with its indelible marks, the question is: what links the marks of lalangue, those always singular experiences of jouissance, and the name, which is inscribed as nonsense in the chain of language? On the one hand, the marks are for the subject an “it” [“ca” = “id”] which gives substance to its singularity; they are more certainly real than what can come as meaning from the paternal metaphor, the phallic meaning which permits the subject to justify the satisfaction of his/her drives, as well as the subject’s existence.
These meanings are in fact always vacillating. They are there for lack of a better way to explain the angst [angoisse] that is produced by what does not have any possible representation: death and castration. Each represents the loss of any meaning, either known or knowable – the encounter [of the subject] with the lack in the Other. But the absence of meaning does not prohibit the certainty of the jouissance produced from the effects of lalangue. These effects guarantee the subject as an alive and speaking being. The subject can find that guarantee in the acknowledgement that the primary effect of metaphor is not to give a meaning to what does not have one – a task that falls, rather, to metonymy. Metaphor, before authorizing the metonymy of desire, gives to that which does not have meaning a unique guarantor: the Father and his name. Thus, the effects of lalangue, with their recognized singularity, do not constitute a unity; nevertheless, they can be thought of as a unity – the unity of the subject – which responds to the unity of the Other, which constitutes metaphor. This is an advantage over the angst [mentioned above], that, in order to prosper, the unity [of the Other] needs meaning and an expectable failure [echec programme].

Thus, between 0 and 6 months, before the mirror stage, we have the bathing in language and the furrowing of lalangue. The first to take off from the Other constitutes the ego, on the foundation of the second, which is the contingent inscription of the words of jouissance on the body of the parletre. With the mirror stage, the nomination of the subject in the human chain is articulated with the singular names of jouissance. There is a mirror stage, finally, between the proper name, which is of and in the Other of language on the one hand, and on the other hand the singular names of jouissance, which are in lalangue and which put the Other of speech in play, but which are the effects of the subject.

To conclude, a little clinical light from a subject who is already far along in his analysis. It is a nightmare that is limited to an image: he is at ground level, face down on the bed, and suddenly, from under the bed, a swarm of mice throw themselves on him. He is petrified, suffocating. His associations lead him to talk about his fear of death and of castration. Why couldn’t we see in these mice a representation of the fragmentation and pulverization of the symbolic order, which governs what happens on and in a bed: dreams and sex. The unconscious, which commands both dreams and sex, is in reality made up of these mice, just as the signifying traces carry in themselves the blind jouissance they also attack, and make an impact on the analysand [l’affectent], so that he can[not – the negative is missing?] defend himself from it [the jouissance]. But, at least, in an analysis he will be able to learn to make certain distinctions beyond the impasses of phallic meaning that made his unstable compass, and to identify those distinctions. And he will be able then to not only protect himself better, but also, if he wishes, to play with those distinctions.