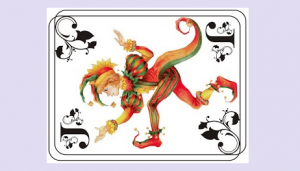 “I taught Shakespeare’s Coriolanus this summer in an Introduction to Literature course at a community college. Students from Azerbaijan, Albania, Japan, Israel, Italy, Bangladesh, China, the Philippines, Mexico, the south Bronx, and even two heavily tattooed Iraq war veterans still in their twenties wrestled with this late Shakespearean masterpiece. The jumble of accents, cultural ideologies, life experiences, and even ages— one student was in her midsixties and going to college for the first time, one African American working mother of two was doing the same—would prove magical; a kind of nonmeaning and missed meaning that was always present and served paradoxically like a witch’s brew to buoy up the text, allowing the class to embark together on the journey of Shakespeare’s ravaging, violent, and disarmingly poignant drama with communal enthusiasm and pathos.”