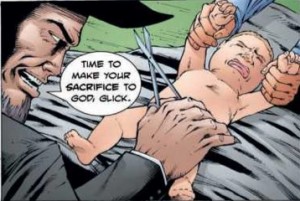 “We have known at least since Foucault that the Victorians were paranoid about, and therefore in the habit of proliferating, sex. Improper, excessive sexuality lurked around every corner, associated with unruly behavior and florid physical ailments, such as the endlessly enigmatic “hysteria.” Childhood masturbation was especially worrying, a focal point of medical concern. In Heckford’s and Sayre’s articles, the fear of childhood sexuality is palpable and laced with excitement. Their patients suffer from “extreme erection,” “nocturnal emissions,” and recurrent orgasms. The symptoms are also feminized: The boys are almost always figured as passive, “delicate,” “clumsy,” “unable to walk without assistance,” coddled by nurses.

In keeping with the ideas of some sociologists, Lacan claimed that the turn of the 19th century marked the decline of the figure of the “master.” Capitalist modernity was initiating a major shift in the social structure, deposing traditional figures of authority and institutional anchors like the church. The symptoms of this change were visible in the new theater of medicine. The ever-shifting, recalcitrant symptoms of the hysteric presented a seductive challenge to the fin de siècle doctor. Hysterics, almost always female, undermined the doctor’s certainty, constantly toying with his authority and drawing attention to the shaky foundations of his discipline. Like the wider society, doctors displaced the anxiety of their own impotence, generated in them by the hysterics (and indirectly by the larger social shifts), onto the idea that they must curb excessive sexuality in all its manifold forms. However, as men of science, they formulated the targets of their assault in the reigning vocabulary of medical expertise: “genital irritation,” “reflex neurosis,” and so on.”