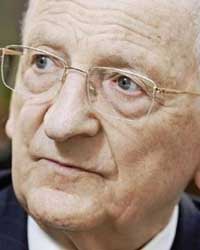 Otto Kernberg, meets Das Unbehagen to discuss a shared discontent with psychoanalytic training. Kernberg will share his critique of the analytic training system along with his ideas of an alternate training system that would avoid the worst aspects of the institute model. According to Kernberg, institutes and their training systems combine aspects of two historical modes of knowledge transmission: 1) a guild or apprenticeship model and 2) a religious cult. Psychoanalytic institutes combine aspects of both ancient models. Key to both is the typical designation of certain analysts as “training analysts” resulting in the creation of a privileged priesthood within the institute hierarchy and all the regressive dynamics that entails. In place of this model, Kernberg calls for a reintegration of psychoanalysis into the university and research community. In this model, fidelity to research methods and scientific rigor replaces loyalty and imitation of one’s own analyst as a means of transmission of psychoanalytic education. Come prepared with your own questions for Dr. Kernberg. After his presentation of ideas, we will have an extended conversation between Otto Kernberg and Das Unbehagen.

Otto Friedmann Kernberg is a psychoanalyst and professor of psychiatry at Weill Cornell Medical College. He is most widely known for his psychoanalytic theories on borderline personality organization and narcissistic pathology.