Marc Strauss and Jamieson Webster: PSYCHOANALYSIS AND THE OBSESSIONAL 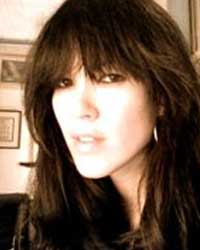 Marc Strauss M.D. is a psychiatrist and psychoanalyst in private practice in Paris. He has worked for many years in a hospital for psychotic children, and as a consultant in Hospital Sainte Anne. He is a founding member of the International Psychoanalytical School of Forums of Lacanian Field and a teacher in Collège clinique de Paris. He has written many papers in psychiatric and psychoanalytical journals.

Lecture Topic: If we want to speak of female obsessional neurosis we first have to know what obsessional neurosis is as such. This is not an easy question, because even the most characteristic symptom, such as the ritual or OCD, as it is called nowadays, belongs to the most different personalities. Indeed, what does someone who cries all day in thought of her dead father have in common with a person who cannot leave the house without verifying twenty seven times whether the gas and the taps are turned off?

The paper will be followed by a clinical roundtable discussion with Olga Poznansky, Jason Royal, and Jamieson Webster

They were many questions and I thank all those who asked them and Evan for formulating them. I will not answer all the questions at once, because it would take me much time that I do not have. And if I were to wait to be finished answering all the responses at once, a very long time may pass and boredom might emerge. Thus, I will answer the questions in the order that they appear on the screen, and send them gradually, trying to keep a certain rhythm (pace).

But if the Name-of-the-Father is foreclosed, as is the case in psychosis, the lack in the Other, if it is encountered, does not set up any reference; instead, the Other in its entirety is pulverized.  This is then the moment when things come undone, a consequence of the dissociation of the Imaginary, a subjective catastrophe that is accompanied by a feeling that the world is ending.  The delusional state [le delire], or, more generally, any substitution for this lack that, encountered accidentally, does not answer [the psychotic subject’s interest], aims to give a new stability to the world of representation, to the Other.  It aims to “heal”, first of all, the Other, and there is [¿ils ont?] effectively, [but] secondarily, a healing effect for the subject.

These meanings are in fact always vacillating.  They are there for lack of a better way to explain the angst [angoisse] that is produced by what does not have any possible representation:  death and castration.  Each represents the loss of any meaning, either known or knowable – the encounter [of the subject] with the lack in the Other.  But the absence of meaning does not prohibit the certainty of the jouissance produced from the effects of lalangue.  These effects guarantee the subject as an alive and speaking being.  The subject can find that guarantee in the acknowledgement that the primary effect of metaphor is not to give a meaning to what does not have one – a task that falls, rather, to metonymy.  Metaphor, before authorizing the metonymy of desire, gives to that which does not have meaning a unique guarantor:  the Father and his name.  Thus, the effects of lalangue, with their recognized singularity, do not constitute a unity; nevertheless, they can be thought of as a unity – the unity of the subject – which responds to the unity of the Other, which constitutes metaphor.  This is an advantage over the angst [mentioned above], that, in order to prosper, the unity [of the Other] needs meaning and an expectable failure [echec programme’][2].

Thus, between 0 and 6 months, before the mirror stage, we have the bathing in language and the furrowing of lalangue.  The first to take off from the Other constitutes the ego, on the foundation of the second, which is the contingent inscription of the words of jouissance on the body of the parletre.  With the mirror stage, the nomination of the subject in the human chain is articulated with the singular names of jouissance.  There is a mirror stage, finally, between the proper name, which is of and in the Other of language on the one hand, and on the other hand the singular names of jouissance, which are in lalangue and which put the Other of speech in play, but which are the effects of the subject.

To conclude, a little clinical light from a subject who is already far along in his analysis.  It is a nightmare that is limited to an image:  he is at ground level, face down on the bed, and suddenly, from under the bed, a swarm of mice throw themselves on him.  He is petrified, suffocating.  His associations lead him to talk about his fear of death and of castration.  Why couldn’t we see in these mice a representation of the fragmentation and pulverization of the symbolic order, which governs what happens on and in a bed:  dreams and sex.  The unconscious, which commands both dreams and sex, is in reality made up of these mice, just as the signifying traces carry in themselves the blind jouissance they also attack, and make an impact on the analysand [l’affectent], so that he can[not – the negative is missing?] defend himself from it [the jouissance].  But, at least, in an analysis he will be able to learn to make certain distinctions beyond the impasses of phallic meaning that made his unstable compass, and to identify those distinctions.  And he will be able then to not only protect himself better, but also, if he wishes, to play with those distinctions.

Good for a first response to the first question, it may be enough, I think. Let us take some time – it is unpredictable what will follow, but that will depend also on your reactions.Thank you to Evan and Jamieson who sent me questions, Michael Garfinkle for his, and to you for your reading.  Waiting for your response.With my best memory of all,