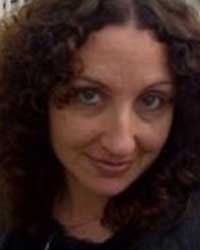 BRIEF SYNOPSIS
Cleft Tongue is an attempt to analyse psychic language and its diverse modes of expression, both within psychic structure and in the interpersonal realm. It begins by looking at two basic forms of delay in the development of psychic language: concrete language, which is based on flattening, and pseudo-language, which is rooted in concealment. The next chapter focuses on the split between voice and meaning which marks psychotic syntax, and the latter’s double function in defending the self against an unconscious death wish. The subject of the third chapter is the chameleon language of perversion, and the relationship between the perverse structure and the primal scene. This chapter is followed by one that suggests understanding autistic syntax as an inverse use of the psychic musical ‘organ point’. The fifth chapter discusses the absent function of the inner witness in traumatic language. The sixth chapter discusses psychosomatic language through the distinction between metaphorical, metonymical and psychotic bodily expressions. The final chapter is dedicated to the singular ethics of interpretation. The various chapters, most of them already published in psychoanalytic journals, include detailed clinical illustrations as well as close readings of literary works by Rilke, Beckett, Sartre, Brodsky and Celan.

Dr Dana Amir is a clinical psychologist, training-analyst at the Israel psychoanalytic society, poetess and literature researcher. She is the author of four poetry books and two psychoanalytic non-fiction books. She is the winner of the Adler National Poetry Prize (1993), the Bahat Prize for Academic Original Book (2006), the Frances Tustin Memorial Prize (2011), the Prime-Minister Prize for Hebrew Writers (2012), the IPA Sacerdoti Prize (2013) and Nathan Alterman poetry price (2013). Cleft Tongue, her second non-fiction book, has recently received the Israel Science Foundation Grant. Dana Amir’s papers were published in psychoanalytic journals and presented at national and international conferences. She is a lecturer at the University of Haifa Israel and practices psychotherapy and psychoanalysis.