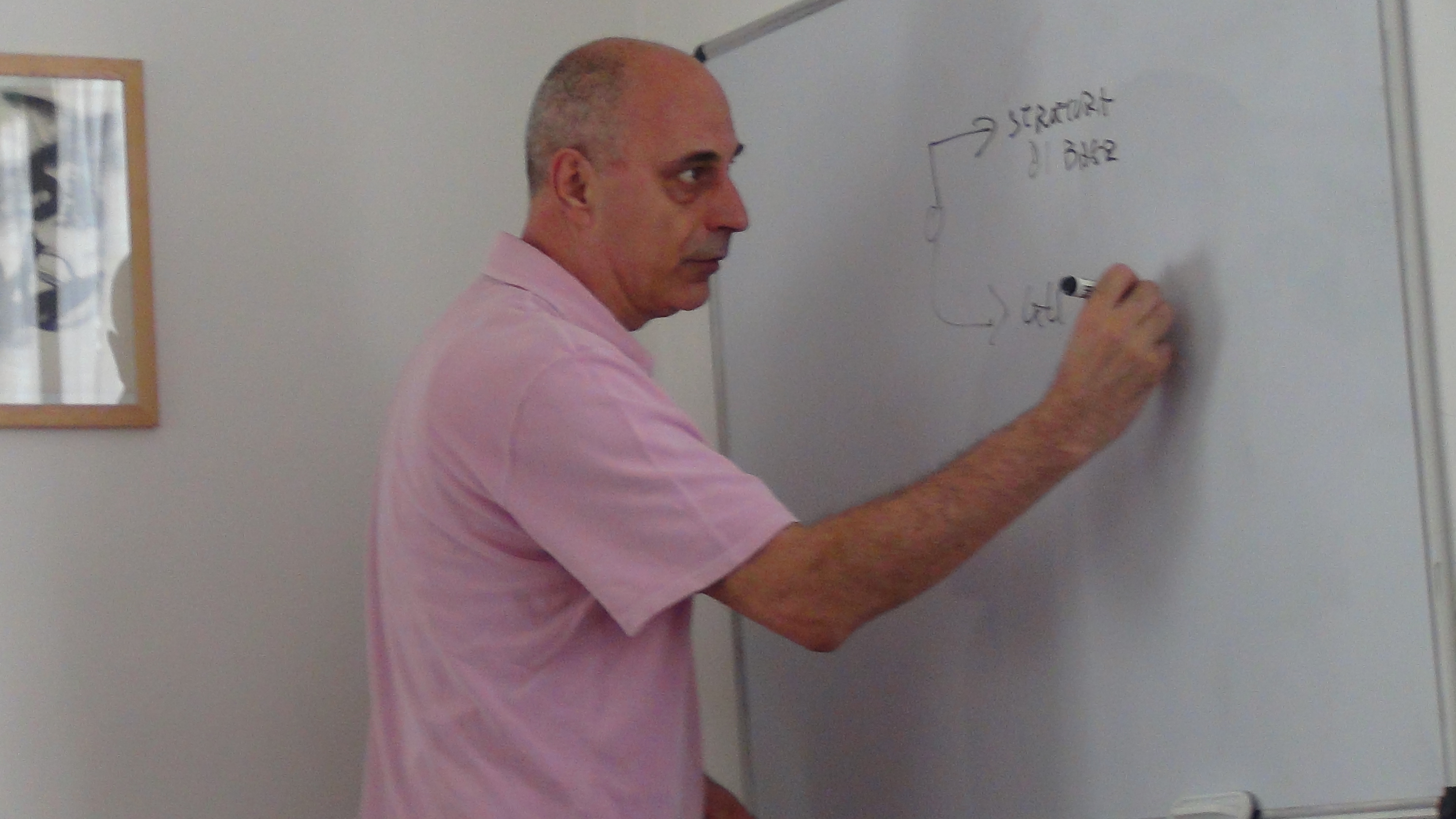 Angelo Villa, who came last year to present his work on “Psychoanalysis and the Hadicapped,” wanted to return to tell us about how he thinks about psychoanalytic groups. In particular, we were interested in his idea that the group needed to be kept ‘hysterical’ in order that it not close down or fall into malaise. His work with the difficulties of treating severe mental illness in an experimental hospital setting, and handling the threat of burn-out and desire to sterilize, has led to his thoughts on the conundrums of psychoanalytic belonging.

Angelo Villa, PhD, is a psychoanalyst and a member of both the Lacanian School of Psychoanalysis and the European School of Psychoanalysis. He works as a clinician in a public hospital and he is a supervisor in different social projects. Villa is a co-professor of Rehabilitation Psychology at University Bicocca of Milan and a full (tenured) professor at Clinic Section of Milan and at the Freudian Institute for clinic, therapy and science in Rome. His principal interests concern handicap and autism, psychic malaise and clinical practice, working with underage and deviance matters. Angelo Villa is also an author of a wide and varied literary production concerning psychopathology and techniques for clinical interventions, psychoanalysis and clinical psychology, child psychology, and applied psychoanalysis.