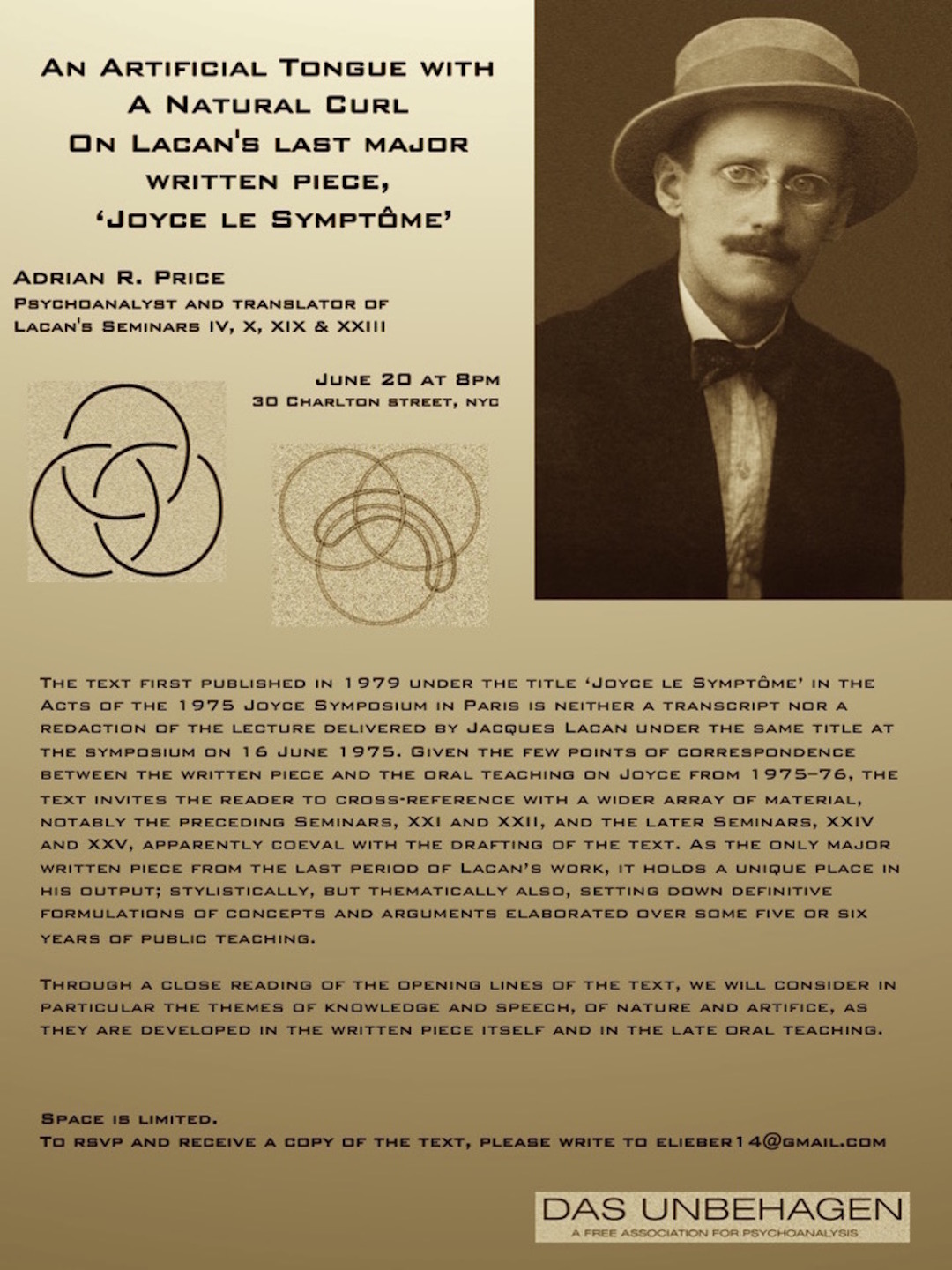 The text first published in 1979 under the title ‘Joyce le Symptôme’ in the Acts of the 1975 Joyce Symposium in Paris is neither a transcript nor a redaction of the lecture delivered by Jacques Lacan under the same title at the symposium on 16 June 1975. Given the few points of correspondence between the written piece and the oral teaching on Joyce from 1975–76, the text invites the reader to cross-reference with a wider array of material, notably the preceding Seminars, XXI and XXII, and the later Seminars, XXIV and XXV, apparently coeval with the drafting of the text. As the only major written piece from the last period of Lacan’s work, it holds a unique place in his output; stylistically, but thematically also, setting down definitive formulations of concepts and arguments elaborated over some five or six years of public teaching.

Through a close reading of the opening lines of the text, we will consider in particular the themes of knowledge and speech, of nature and artifice, as they are developed in the written piece itself and in the late oral teaching.

Space is limited. To RSVP and receive a copy of the text, please email elieber14@gmail.com