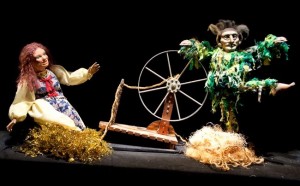 In a famous letter to his interlocutor Wilhelm Fliess, Freud imagined that the place where he had and decoded the Irma injection dream would be one day marked by a plaque. ” Do you suppose that one day a marble tablet will be placed on the house, inscribed with these words:  ‘On July 24, 1895 the secret of dreams was revealed to Dr. Sigmd Freud.’

A few days ago, I was talking to Cecilia Wu of the plaque fantasy as an example of the brash confidence of the early Freud, only to have her tell me that the tone of the letter is hardly triumphant or brash.  “What do you mean?,” I said.   Cecilia pointed out that he goes on to write, “At this moment I see little prospect of it.”  That is to say, he saw little prospect that his plaque fantasy would ever be anything but a fantasy.   I had read this line too but somehow blocked it out, probably because of my assumption that the significance of the July 24, 1895 plaque fantasy is in Freud’s ecstatic confidence in the profundity of his discovery after cracking his own dream code.  So which is true?  Is Freud a confident young optimist or a melancholic doubter in his own significance?

To sort this out, we delved into the full text of the Freud letter to Fliess. What we discovered in that letter however was far from conclusive.  In fact, in true overdetermined style, the letter only plunged us further into an unlikely investigation into the meaning of Rumplestiltskin, a fairy tale that turns out to hold the key to the Freud plaque fantasy. It was another case calling for the full resources of the Unbehagen Research and Investigations Apparatus.

Menstruation and the Mrs.

Before we got to the full letter bearing the plaque fantasy, we had another idea.  Why not find Freud’s correspondence from the actual fabled day, July 24, 1895?   Off we went to PEP land and what do you know, there was indeed a letter from the glorious day of days.  Surely we would soon have rapid insight into the disposition of Dr. Freud on the very day.   We read, Freud to Fliess:

Daimonie [Demon], why don’t you write? How are you? Don’t you care at all any more about what I am doing? What is happening to the nose, menstruation, labor pains, neuroses, your dear wife, and the budding little one? True, this year I am ill and must come to you; what will happen if by chance both of us remain healthy for a whole year? Are we friends only in misfortune? Or do we also want to share the experiences of calm times with each other?

Where will you spend the month of August? We are living very contentedly in Himmel.1

Huh?  This is the day and all we get is nose, menstruation, labor pains, neuroses, a dear wife and a budding little one?   The archive was playing hard to get.  Undiscouraged, we proceeded  to the main event, the letter of June 12, 1900 better known as the letter about the plaque about July 24, 1895.

After a chatty beginning full of descriptions of Freud’s domestic life that lead us to wonder if we were headed for another round of menstruation and noses, finally we arrived at the immortal words about Freud’s own possible immortality:

Do you suppose that someday one will read on a marble tablet on this house:

the secret of the dream

revealed itself to Dr. Sigm. Freud.2

So far there is little prospect of it. But when I read the more recent psychological books (Mach’s Analyse der Empfindungen, 2nd ed., Kroell’s Aufbau der Seele, and the like), all of which have a direction similar to my work, and see what they have to say about the dream, I am indeed pleased, like the dwarf in the fairy tale, because “the princess does not know.”

The dwarf in the fairy tale?  The princess does not know?   Not to worry, there is a footnote by none other than Jeffrey Masson.  Help is surely on the way.   Here is what the footnote says:

Things were looking up.  Freud may or may not have had undying confidence but Masson had nothing less than “no doubt.”   But how does this connect to Rumplestiltskin? Why in the world would Freud be pleased to compare himself to a dwarf in a fairy tale who is pleased that the princess does not know.  Does not know what?  Neither of us could remember the details of the fairy tale.  Calling on the full genius of our investigative powers, we transferred to call to the search box of Wikipedia and deftly typed the word “Rumplestiltskin”  and soon found ourselves reading this summary:

“In order to make himself appear superior, a miller lies to the king, telling him that his daughter can spin straw into gold. The king calls for the girl, shuts her in a tower room filled with straw and a spinning wheel and demands that she spin the straw into gold by morning or he will cut off her head.  She has given up all hope until a imp-like creature appears in the room and spins the straw into gold for her in return for her necklace (since he only comes to people seeking a deal). When the king takes the girl, on the next morning, to a larger room filled with straw to repeat the feat, the imp spins in return for the girl’s ring. On the third day, when the girl has been taken to an even larger room with straw and told by the king that he will marry her if she can fill this room with gold or execute her if she cannot, the girl has nothing left with which to pay the strange creature. He extracts from her a promise that her firstborn child will be given to him, and spins the room full of gold a final time.

The king keeps his promise to marry the miller’s daughter. But when their first child is born, the imp returns to claim his payment: “Now give me what you promised.” The now-queen offers him all the wealth she has if she may keep the child. The imp has no interest in her riches, but finally consents to give up his claim to the child if the queen is able to guess his name within three days. Her many guesses over the first two days fail, but before the final night, she wanders out into the woods searching for the imp and comes across his remote mountain cottage and watches, unseen, as the imp hops about his fire and sings. In his song’s lyrics, “tomorrow, tomorrow, tomorrow, I’ll go to the king’s house, nobody knows my name, I’m called ‘Rumpelstiltskin'”, he reveals his name.

When the imp comes to the queen on the third day and she, after first feigning ignorance, reveals his true name, Rumpelstiltskin, he loses his temper and his bargain. In the 1812 edition of the Brothers Grimm tales, Rumpelstiltskin then “ran away angrily, and never came back”

Finally we had all the facts necessary to solve the case, but we were going to have to go by way of the fairy tale.   First of all, in what way can we interpret the boundless confidence of the young Freud’s based on his comparing himself to a fairy tale dwarf?  The Freud letter seems to imply that Freud is confident because other competing writers in the field are far from coming close to the discoveries he is making about the significance of the dream.  The other writers therefore are the princess while he is the dwarf, Rumplestiltskin who is pleased to think that he will soon make off with the princess’ baby because she will never guess his name.

But is there not something more than odd about this comparison?  First of all, even at his most hopeful gleeful best, Rumplestiltskin never has a chance at being with the princess.  I mistakenly told Cecilia that the dwarf makes a wager to the effect that he will get to marry the princess if she can’t guess his name.  This would have been symmetrical with the part of the story by which the king got to marry the princess in exchange for mercy for her failing to spin gold as her father promised.   But there is no such symmetry.  “He doesn’t get the princess,” said Cecilia.  “He is completely unfuckable.”   She was right.  Rumplestiltskin doesn’t even ask for the hand of the princess, only her baby.  And in this he would appear to be feminized according to the controversial Freudian formula that states that a woman finds a surrogate penis in the form of a baby.

If this is true, it would follow that Freud at his most optimistic is rendering himself equivalent to a fully unfuckable fairy tale imp.  And that is the high point beyond which things only get more dire.  Because what is even stranger is that Freud had to know that this frozen moment of impish Rumplestiltskin optimism was bound to crash when the dwarf could no longer contain his jouissance and spilled out his name singing in a forest, only to have the princess overhear it.   In order to take comfort in the parallel to the fairy tale, Freud would have to perversely dissociate or hysterically repress the knowledge of the outcome of the story.   How does this make any sense at all? Another way to read this might be to interpret that in some way, failure is exactly what Freud hoped for, that his optimism somehow paradoxically connected to his inability to reach his goal.

The name of the father

Here is where it gets interesting.   Because if Freud’s fantasy was that his name would be inscribed on a plaque, how could that success be described as akin to the triumph of the dwarf whose success would be obtained only if his name would remain unknown?    He can get the feminine phallic baby and have his masculine name remain unknown to woman, a failure of the paternal metaphor or he can have his name inscribed as paternal metaphor and known to woman and inscribed in an immortal plaque.   The only means towards success would be the failure by which his name would be known, inscribed and immortal.  Perhaps this is the secret of his melancholy triumph.