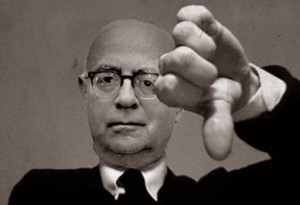 All cultures develop their own modes of self-explanation, but such explanations, somewhat like symptoms, inevitably conceal as much as they reveal. In this sense psychoanalysis may be well placed to enter into a critical relation with the forms of consciousness that characterize our age.

At the current conjuncture we are witnessing an escalating descent into a kind of institutionalized barbarism which unleashes forms of group behavior which require a social and psychological understanding. The time seems right to return to the classic texts that ache to address these matters- Freud’s ‘Group Psychology and the Analysis of the Ego’, ‘Civilization and its Discontents’, and Theodor Adorno’s ‘Freudian theory and the Pattern of Fascist Propaganda’. We will engage in a close reading of these texts to be followed by a clinical discussion of a case of fragile white masculinity.

David Bell, a Past President of the British Psychoanalytic Society, is a consultant psychiatrist at the Tavistock. In 2012-13 he was Visiting Professorial Fellow at Birkbeck College London. Publications include Paranoia, Psychoanalysis and Culture, Reason and Passion, Living on the Border. He is one of the UKs leading psychiatric experts in asylum and human rights.