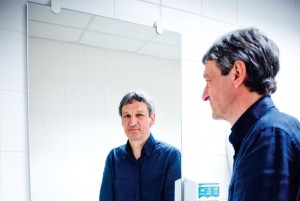 Verhaeghe at this point in his career seems interested in accessible models that can be shared beyond the enclaves that speak Lacanian. He gave us a rendition of ideas in his last book, What About Me (Identity is the title in the original, his publisher thought that this hokey title was better for America).

Part One recapitulates the major theme of Civilization and its Discontents, the conflict between desire, drives and the needs of civilization. This is further broken down into three eras of civilization: 1) the age of the right orgasm or Victorian times. 2) the age of compulsory free love (post May 1968) and 3) the Age of Enjoyment by installment or the Enron society, which is how he describes the present.

Stripped of the Lacanian mouldings, Verhaeghe offers some fairly clear and simply coordinates. He rejects the idea that society went wrong due to May 1968 type irresponsibility. Rather he sees that the promise of May 68 was turned into a culture where each person is no more than what they can achieve or earn. There is no loyalty or ethic beyond success and so what once were societal ethics are replaced by a need for never ending measurement and surveillance. The patriarchy is dead, replaced by continual measurement and indifferent data driven by technological capitalism.

Each era has a corresponding attitude towards enjoyment. Victorian society prohibits sexual enjoyment and prompts sacrifice for the good that today would be unthinkable. Free love society emphasizes rights and universal injunction to enjoy. Today’s society says you must enjoy but only according to your resources. Enjoy what you can pay for. Incidentally, the latter description seems already to be what Walter Benjamin discussed in his paper on capitalism as a cult of guilt debt. In this model, to be in debt is immediately to be guilty, pure and simple. It appears that Verhaeghe takes a similar model and fits it with today’s technological trappings.

The discussion began with my question. Verhaeghe’s work now continues with a new book on authority. So what about authority? A strange part of the discussion was the way in which we seemed to find ourselves each offering versions of our own favorite model of the ideal group model to overcome the limits of the stifling capitalist deadlock Paul Verhaeghe described.

To start with, Paul confirmed that where all of this does not lead for him is to some sense that we have lost the paternal metaphor or Name of the Father and need to restore it. As he has written, he sees that Lacan himself went beyond this emphasis on a lost father principle to group symbolic life, going from Name of the Father to names of the father, a multiple that goes beyond the nostalgic longing for the good old daddy.

In concrete terms, his ideal seems clear. A shared leadership based on horizontal structure and nodal formation. European cities that have strong local governments rather than top down models, for example. At this point, his discussion veers into the assurance that authority is needed but that we have conflated patriarchy with authority and tried to dispense with it altogether. What is needed is authority but not patriarchal, not top down. To my mind this got a bit confusing because he also says that the old father figures knew how to play the role as a sort of real good father. In any case, he seemed to both reject patriarchal authority but also speak in favor of a father function that is not simply based on the power of the father.

What followed was a cascade of ideas and names: Deleuze and Guattari, old feminism good and bad, Occupy and das Unbehagen itself. Indeed dU would seem to cohere fairly well to what Paul calls for even if as was suggested, it might not be fully cleansed of bad patriarchy itself.

At this point, one model contested another. Questions were asked and Paul acknowledged the difficulty of each one and allowed the questioner the conceit of believing that his idea was in fact the right one that cohered to Paul’s model. There was a group zeal to discuss American politics that was dissuaded by Paul’s repeated assertion that he is not closely following American politics.

As for the discussion of dU, it maybe that we are tempted to ask a celebrity guest to arbitrate what it should do with itself. At the same time, he speaks against such top down models that seek some authority who can give us a universally applicable theory. Instead, what he does offer is a model of small scale local groups with various points of leadership. In any case, to apply models of organization or group to dU seems to already assume that dU is a group organized or informed by a political goal (like feminism) or a theoretical goal (to teach Lacan). In the meantime, it is not even clear that dU is an organization or that it lacks organization. Might this week be evidence that dU has momentum and needs not to apply metaphors drawn from other times to form a unified group model but rather that it calls for those those who work with us to create events, invite speakers, write essays on the fly out of which come more events, more essays, more discussion. As Badiou says, “keep going.”

Thanks especially to Anna Fishzon who invited Paul and to Barbara Tholfsen for her introduction. 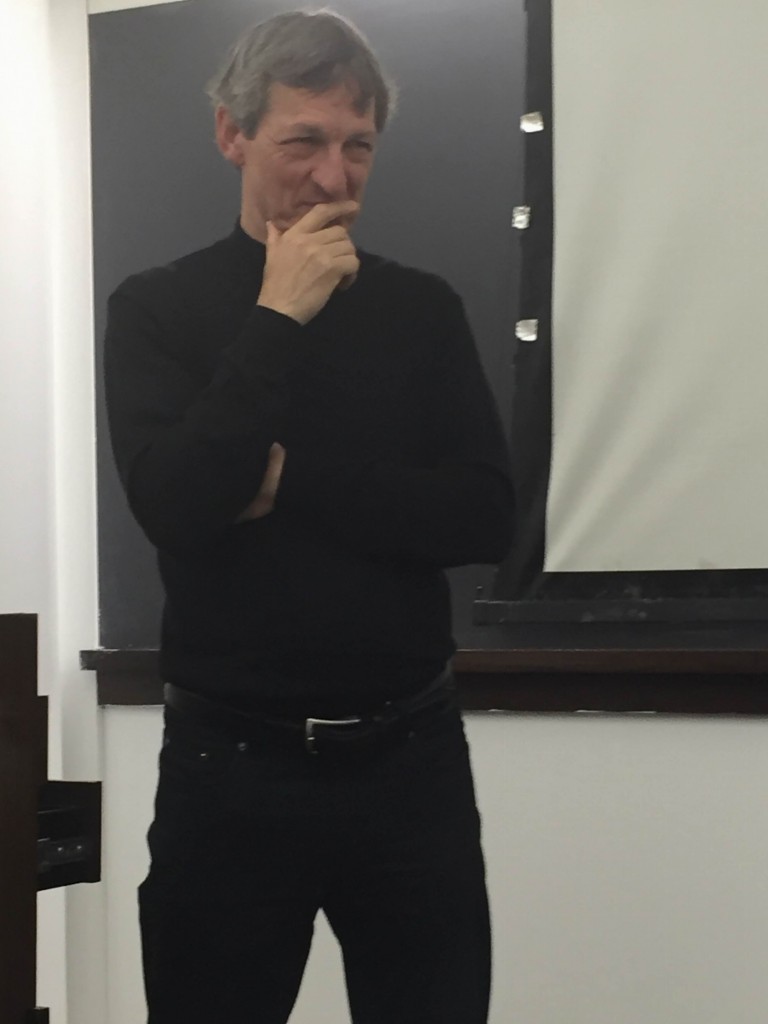 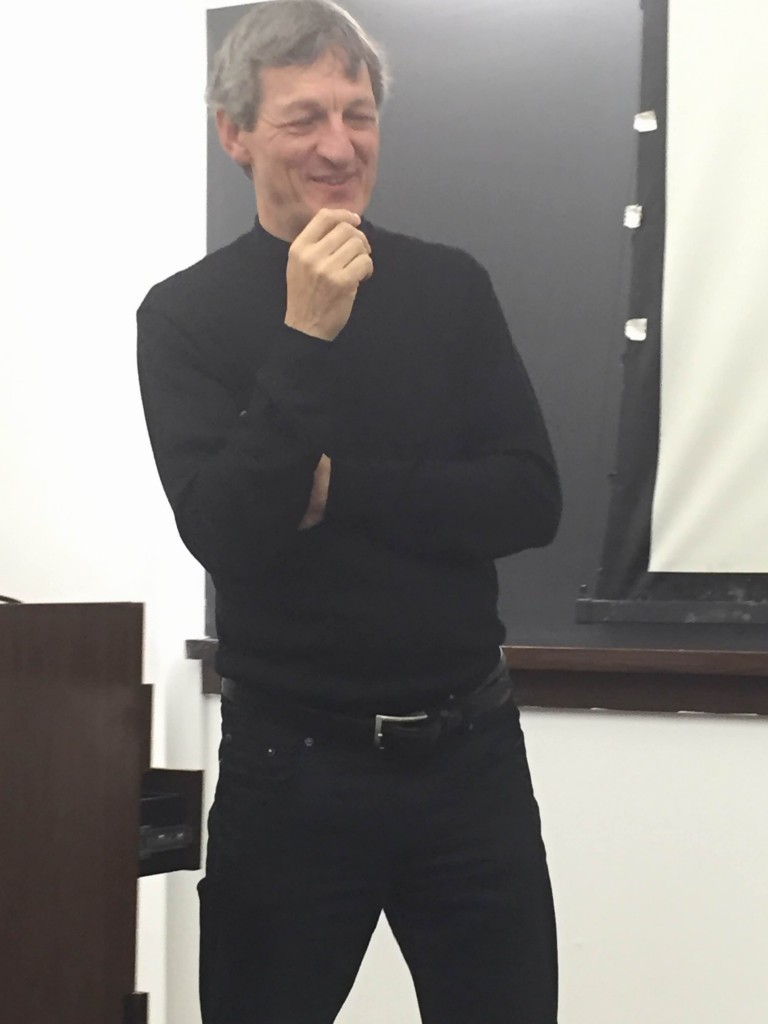