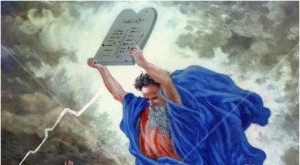 The original ‘Unbehagen’ that led us to call this meeting stemmed from our experience of training at The New York Psychoanalytic, and getting involved in the politics of the American Psychoanalytic Association, and the International Psychoanalytic Association. These experiences produced a schism between our will to progress through the training to become credentialed psychoanalysts and the pleasure of psychoanalysis, the latter diminishing in the face of the training experience. As our discontent increased, we began speaking to many people from institutes across the city and elsewhere, as well as colleagues in clinical psychology doctoral programs, social work programs, and those wishing to be, or training as, lay analysts, and there seemed to be a general discontent or ill-ease that we identified with and spent some time thinking about.

Our sense was that this was not simply the fault of neurotic expectations, something the institutes generally interpret in the face of candidate complaints, and that thinking through expectations and desires with regard to training was essential. For example, that many who face the decision to continue in an institute or join one have often felt that they would opt out of being psychoanalysts presupposes that the gap between being a clinician and being a psychoanalyst could only be bridged through institutional training and authorization. In this model, a clinical work that we see as ultimately the basis for professional identity is reversed on the heels of an identity that is only conditionally granted by an external authority. This situation has a history, one that everyone knows to be problematic, and yet it seems almost impossible to recognize or address despite the cries by the institution that psychoanalysis is supposedly dying. But here we are as a group, and a rather large one at that…

Over two meetings, we have heard many variations on this original premise and it was a relief to know our experiences were basically not unique to us and that there are many hardworking, bright, committed people who would see the value of speaking as a group. Our first meeting provided a venue for introductions, an opportunity to express both discontent and anxiety about that discontent. The sense that something ought to be done edged into discussion; and the idea of a free clinic emerged as a possibility, a place to conduct psychoanalysis and to develop a new model for forming oneself as a psychoanalyst. In particular, an idea of ground-up didactics, meaning that starting with the clinical would be important, along with some kind of freedom in theoretical orientation and the tolerance of theoretical differences. As well, that there is something unique in the history of what it means to be a psychoanalyst specifically in New York City, with the medicalization of the field and the reactions to that early hegemony that form many of the alternative institutes, seemed important to what our group was responding to. This is perhaps best summed up by the idea that there is no real viable alternative to a structured institutional training in psychoanalysis— inside or outside the fold. They all have progression committees, they all have set curricula, you will have an academic advisor, and must choose supervisors from an internal list. Namely, there are a series of set hoops, one’s that many of us have already contended with in our doctoral or masters training programs.

In our second meeting, the logic of this approach was explained by the suggestion that separating out the “authorization to be a psychoanalyst” from training in psychoanalysis was itself a liberating departure from the models used at every psychoanalytic institute we are aware of. It is upon this idea that we hope to build a foundation to transport us from Unbehagen to a better balance of frustration and pleasure. Thinking about what structures alienate desire from those that allow us to tolerate frustration and cultivate access to desire, seemed paramount. As well, we discussed the idea of taking our time to think through what are difficult historical problems that our field faces, with and against the idea of acting in a more immediate fashion to make something happen.