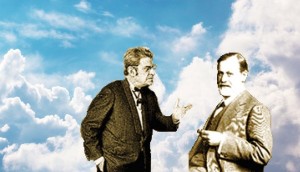 A common misconception concerning Jacques Lacan is that his work was inherently un-clinical— that he did not discuss clinical issues concerning technique or provide clinical cases—making him more of a philosopher or meta-theoretician. In this course, we hope to dispel this mischaracterization and begin with key clinical cases touched on by Lacan during his Seminars from 1952-1980, from Freud’s Little Hans and The Case of a Female Homosexual, to his discussion of cases by other psychoanalysts such as Ernst Kris, Ella Freeman Sharpe, and Joan Riviere. Through this reading of cases and Lacan’s often unknown and extensive commentary on them, we hope to touch on some key Lacanian concepts— the signifier, desire, castration, the Real, and feminine sexuality— in order to better grasp their place and function in clinical work, including  situating Lacan’s criticism of the changes to technique in contemporary analysis. While this is part II (6 sessions 1/7/14-2/7/14) of an earlier course in 2012 that paired texts by Freud with Lacan’s commentary on them, it is not necessary to have attended part I. The course is designed to meet all levels of knowledge regarding Lacan and Lacanian theory.
David Lichtenstein is a psychoanalyst in private practice in NY. He is on the faculty at CUNY’s doctoral
program in clinical psychology; founding member of Apres-Coup Psychoanalytic Association; and editor of
Division/Review, a quarterly publication on psychoanalysis by Division 39. He has written extensively on
psychoanalysis, Lacan, his clinical work with children, art and politics.

Jamieson Webster is a psychoanalyst in private practice in NY. She teaches at Eugene Lang College at The
New School and she supervises doctoral students in clinical psychology at the City University of New York.
She is the author of The Life and Death of Psychoanalysis (Karnac 2011) and Stay, Illusion! (Pantheon
2013).